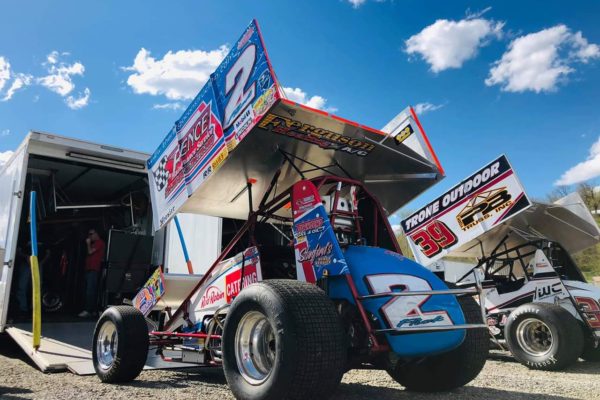 We caught a break in the weather yet again. It seems to rain most of the week, including Fridays, but the weather always parts for us to get to Port Royal on Saturdays.

This was a strange night for us. We did come to the speedway with a slightly different setup. The issue, however, is that we were SOOOOOOOO far off what we should have been. The car was like nothing I had driven this year. It felt like we were back to our 2017 days, almost getting lapped in the heat race.

The car struggles were covered up slightly in hot laps when the track had more bite. Come heat race time, I couldn’t get out of my own way. I dropped one spot to finish 5th in the first 6 lap heat race. Then maintained to finished 7th in the second 6 lap heat race. Our total combined points were not enough to even get us into the A-Main. Luckily, we did start pole of the B-Main. 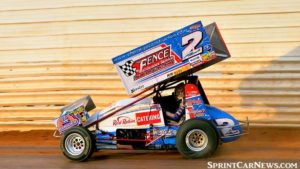 Photo by Rick Rarer and SprintCarNews.com

We changed so many things. Bars, blocks, shocks, anything that we thought might have gone bad. Come B-Main time, we took off. Obviously we had clean and open air, but the car was fantastic. I could literally do whatever I wanted with it and felt very comfortable. We won by a large margin.

We kept changes to a minimum for the feature. My biggest concern was losing speed once we hit the dirty air but I knew the car was capable to still move around if needed. We started 19th on the grip but quickly made work of getting to the front. Within 4 laps, we had passed up to 13th. We by far had a top 10 car but I kept getting bottled up in traffic. By the time cars strung out enough to make a better move, I started to lack the drive I had utilized to pass everyone else. We became basically stationary with our competition; no worse, but also no better. A restart came with 11 to go. I made a quick decision to stay up top as we entered turn 1 and it cost me. The closest cars in front of me did as well, took the air off my wing, and I became very tight. I was lucky to avoid contact with the outside wall but at the price of losing positions back to 19th. We regrouped and salvaged a 16th place finish by the time the checkered flew.

It is unfortunate we ‘wasted’ the early portion of our night trying to diagnose a problem but im proud of the resilience my team has to keep pushing. We made the most of a bad situation and learned a lot in the process. Im very excited to keep putting this new knowledge to the test in the upcoming weeks.