Inches from Win #5 and Thousands Raised for Charity 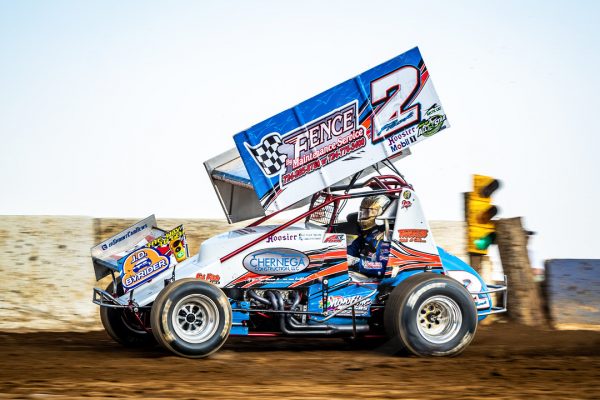 What a truly unbelievable weekend.  My father went to race at Lincoln and run a Vintage Modified. They had a ton of entries and he brought it home 5th. I was not able to be there but my mother said the smile on his face was priceless. The reason we weren’t there is because we were racing 6 hours away from him at Sharon speedway in Hartford Oh. Last year, they re-clayed this surface, and if you have followed along with my occasional Sharon Speedway posts from previous in the year, we struggle a ton once it slicks off. My father continuously tells me to go somewhere else but my response stays the same. The only way to get better there, is to keep going back. This time, we tried something new. We struggled a bunch and were off the pace early in the night when the track was bitey. Luckily, we transferred through the heat race and grabbed the #1 starting pill. Everything worked out in the feature and we took off. I held off the legend Dale Blaney for 20 laps slicing in and out of traffic, rim riding the fence less than 3 inches away; something I never though Id be able to do. The cushion pushed up too far and on a lap 20 restart, Dale Blaney got a solid run underneath me and passed for the lead. I tried a cross under and slide job but it wasn’t enough to grab the lead back. I stuck with him but couldn’t steal the #1 spot away and settled for a very happy 2nd place finish after many nights of struggling in the past. This race on Saturday was 100% proof to never give up and to always keep striving for improvement. We still have a way to go but for the first time ever at Sharon Speedway, I feel we have something very strong to work with.

Sunday was my Charity Event, the 5th Annual running of Pave the Clay Invitational. We had 60 drivers show up and countless fans. Id go into more details about the winners but I haven’t even had time myself to organize everything after the event ended last night. I was exhausted and Im burnt to a crisp but still happy we had awesome weather to work with. After an official total, we have raised $3328.00! All of this money is directly donated to the Steve King Organization to benefit the Injured Drivers Foundation. I pray that the money never gets used but its there in case of emergencies and accidents. We all love this sport of auto racing and we all know the risks too well. I pray for no harm to any fellow racer but its not a matter of ‘if’, its a matter of ‘when’, and I am blessed to be a small part of the effort to help.

I cant thank all my supporters enough for their efforts and donations. Ranging from Champion, to Mt Baker Vapor, to Ferguson Heating and Air Conditioning and Fence by Maintenance Service. I am such a small part of such a fantastic group of people that all come together to work towards incredible things. I am very blessed to be in the position I am, and forever thankful.