AJ Flick Selected As Finalist In Search For A Champion Contest 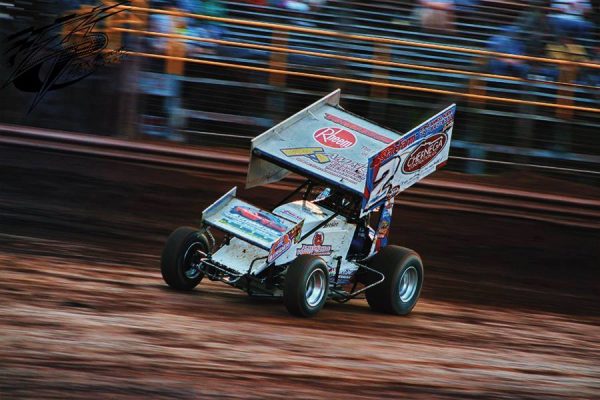 APOLLO, Pa. (February 17, 2016) – AJ Flick has been selected as a finalist in the Champion Auto Parts Search For A Champion contest, the company revealed on Tuesday. The 410 Sprint Car driver is the reigning Lernerville Speedway track champion.

As a finalist in the advanced category, Flick has earned a $5,000 sponsorship from Champion and is now in contention for the $50,000 Grand Prize sponsorship.

“It makes the entire year so much easier for us. We’re going in to it with an extra cushion. If we have some bad luck, get caught in an accident or if I make a mistake, we have something to fall back on,” said an excited Flick following the Tuesday morning announcement.

The opportunity to represent Champion Auto Parts on the racetrack in 2016 is exciting for Flick, who has proudly used Champion products on his No.2 car for several seasons.

“We’re going to continue using Champion products. We’re going to wear the Champion logo regularly and do anything to help promote their brand and make the public aware of how much they were able to help me,” added Flick.

The sponsorship from Champion will help the Apollo, Pa. driver hit the road with an outlaw schedule for the 2016 campaign. If the team wins the Grand Prize, they will be able to race on a more regular basis.

“It gives us the ability to travel and head out to some different tracks like Port Royal, Williams Grove, Lincoln and maybe some Ohio tracks,” Flick said.

“It’s very important for us to get out on the road so we can gain experience against drivers that are way better than we are. We’ve seen the results from Volusia last week where Greg Hodnett and Lucas Wolfe were in the top-five, so there’s nothing like going to their tracks and trying to beat them.”

Voting in the Grand Prize round of the Search For A Champion contest begins on February 23. Web links to vote for AJ Flick’s entry will be made available at www.championautoparts.com and on the AJ Flick Racing Facebook Page.

Fans who vote for AJ Flick in the contest are eligible to win one of 200 Champion apparel prize packs. A free Champion account is required to vote.