Wins and The Weikert 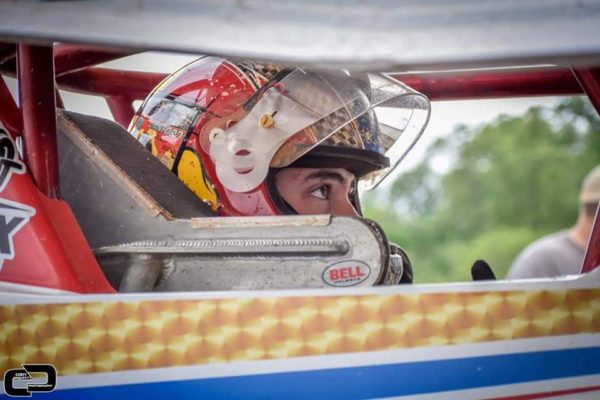 I’ve been slow on keeping my site updated. That’s on me, so I apologize.

No lets back it up to May 24th as we strolled into Lernerville for a regular fab 4 night. Good pill draws this race day, set the tone. We started pole of the heat race and won. Then started outside pole for the feature, led all 25 laps and secured the win. It wasn’t without a few close calls though as we lost brakes early due to a bent inboard rotor. Dicing through lapped traffic and riding the cushion on the edge of the track required that I slow the car down quite often. Nonetheless, we survived for win #2 on the year.

The following 2 nights consisted of the Weikert Memorial at Port Royal. Both nights were very strong for our race team but just didn’t have the finishes to show for it. We started off night 1 with an 11th place qualifying effort against 30+ quality racecars. Passed a few cars and ran 2nd in the heat race. After starting 7th, a strong top 8 feature run lasted until a caution with 8 to go. We had bleeder issues as the RR tire shrunk size and caused a big push in the car. We fell to 12th where we would finish as the checkered waved.

Night 2 was slightly similar. The field size was smaller, now consisting of 27 cars. However, we still qualified 14th and finished 2nd in the heat race. A top 10-point invert lined us up on the pole of the Weikert Night 2 $10k to win finale! We were largely unprepared for this. We all expected to be mired midpack for the start of this race. We tossed some older tires on, made some quick adjustments and rushed to get out on the speedway as they were calling us.  The car was very good to start. We had open air and everything seemed to be going well. We reached lapped traffic and even began to extend our lead. A caution on lap 8 re-ignited our bleeder issues. Whether it was a bleeder concern or we ran something over on the speedway, I will never know. What I do know is we struggled on the start, fell back to 4th and blew a RR tire 4 laps later on lap 12. The crew got it changed, we restarted 22nd and raced back up to 16th to finish the final night of the race weekend. All in all, it was a strong showcase of our speed. The results were not what we had hoped for but the progress we have made over the past year is undeniable.

Fast forward to May 31st. We arrived at Lernerville again for another fab 4 night of racing. Contrary to what occurred on May 24th, bad pill draws set the tone for this night of racing. We started midpack of the heat race but found our way to the front for heat win #2 of the season. After winning the prior week, we were penalized to start 10th for the A-main. We quickly darted and drove to the front and pressured the leader for much of the 25 lap main event. Side by side racing was prevalent but I could not complete the pass and settled for 2nd as the checkered flew on a fast 13 second racetrack.

Its currently Thursday June 6th as I’m trying to find free time to update my site and post new articles. We plan on being at Lernerville tomorrow and Port Royal on Saturday. We’ve got some new ideas we want to try and I am confident in my race team. I predict some strong runs over the next few days.