Weekend of Wins and Progress 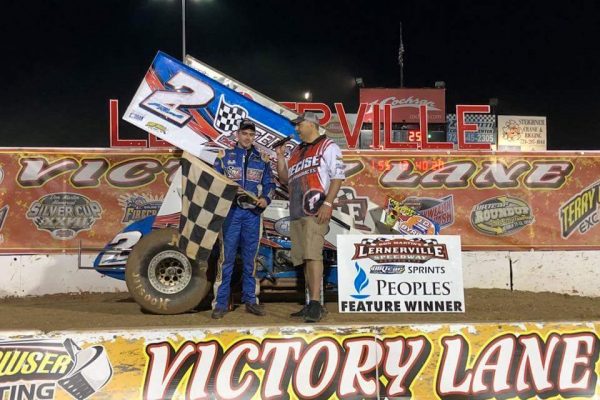 What a truly incredible weekend for myself and AJ Flick Racing.

Friday began at Lernerville Speedway, as is the norm. A convincing heat race win lined us up 7th for the feature. Unbelievably, we had the lead before the completion of lap #2! After a few early cautions, the final yellow flag took place on lap 11. A good restart put me out in front and with only one quick challenge. We won the race by over 5 seconds. Oddly, enough, we didn’t really do anything different to our car this week. Most of our adjustments were similar to what we consistently run. Nonetheless, we grabbed that momentum by the horns and rode it off to the Bob Weikert Memorial 2 day special at Port Royal. 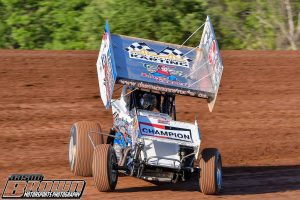 Saturday and Sunday had the same formats. It was points based set up by qualifying times, then heat race passing and finishing points. Then drivers were locked in or had to run the B-main. Saturday consisted of a poor qualifying night and then we fell from 1st to 4th in the heat race. We started on the pole of the B-main and won. After starting 21st in the feature, we had driven up to 13th at halfway. Sadly, the track lost grip and our car faded badly. I believe I finished 15th.

Sunday was similar as we had another bad qualifying time. We started pole of the heat race again and held off World of Outlaw driver, David Gravel, for 2nd. Oddly enough, we started 2nd in the B-main this night and finished 3rd, still good enough to lock into the show. Then the magic happened. After starting 23rd, we drove up to 11th on a hammer down, fast, 2 lane track at Port Royal Speedway. We passed a ton of good cars and probably could have passed more if we had more laps. We grabbed the race’s hard charger award and a few bucks that went along with it, courtesy of the money raised by the PA Posse’s favorite people, the Beer Hill Gang! 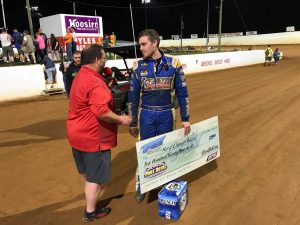 Photo by a Beerhill Gang Member

The crew and myself were pretty pumped up. We have never experienced this kind of success or shown this kind of speed at Port Royal. We have had better finishes than this but not on the scale of the Bob Weikert memorial. I am beyond proud of the crew for all the hard work they have been putting in as we continuously try to get faster. Now is not the time to settle and we need to work even harder to keep building progress!