Flick Pilots No. 2 Into Prestigious Tuscarora 50 Races At Port Royal 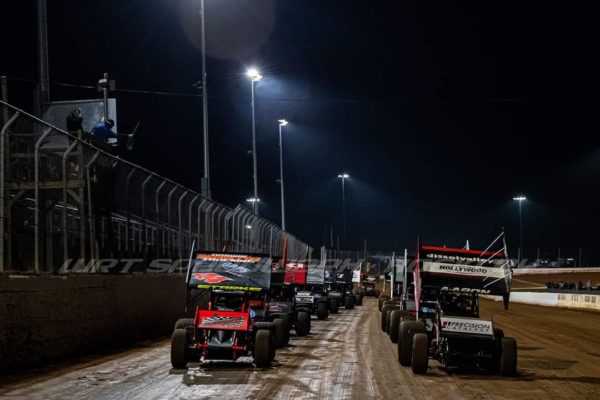 Apollo Ace places solidly in 50-plus car fields both nights

Competing against whopping fields numbering 58 cars on Friday and 52 cars on Saturday, Flick finished second and third, respectively, in his heat races, qualifying for both shows with confidence.

Friday’s event produced a 17th place feature finish while on Saturday in the Tuscarora 50 itself, Flick climbed up to 11th in the main event before ending up 15th at the checkers.

In shows of this magnitude, one of the biggest  in the country, Flick was thrilled to qualify for both shows but especially to put the car into the big dance on Saturday night.

“We made the Tusky 50!,” Flick tweeted from pitside after climbing from his sprint car following his heat race on Saturday.

Flyin’ AJ Flick and the team will trek to Selinsgrove Speedway this Saturday, September 14 to compete in the Jim Nace Memorial National Open paying $20,000 to win, sponsored by Red Robin Gourmet Burgers and Brews.

Flick will have the No. 2 sprinter on display and will meet and greet fans prior to the race at the Red Robin location located north of the speedway along Rts. 11 & 15, near Selinsgrove, on Saturday from 11:30 am – 2:30 pm.

The success could not happen without the Flick partnership of:

Learn more about AJ Flick at his official website www.ajflickracing.com