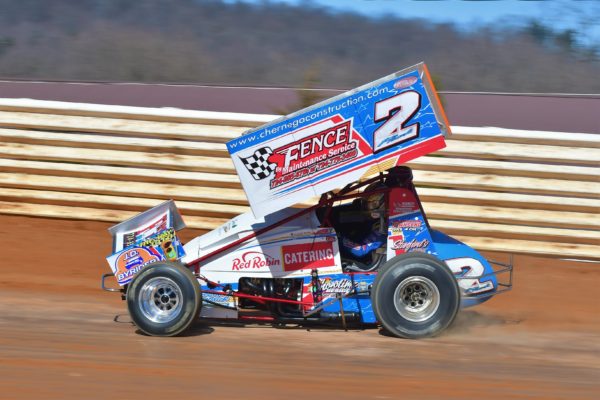 The weather has been strange lately. One day its freezing cold, the next is melting hot, then it rains, then it snows, and the process starts over again. Luckily, the past few Saturdays have cleared up and allowed us to get to the Speed Palace at Port Royal. We began our 2019 season there on March 23rd.

We began the night running setups similar to what we showed speed with to end 2018. The track began very slow and continued to slick off. I figured it would be a good thing to leave the car alone to access how much our offseason changes helped. Unfortunately, that was the wrong decision. We started off the night very slow compared to our competition and worked tirelessly to catch up to the track. We struggled but salvaged a 13th place finish against some great competition. 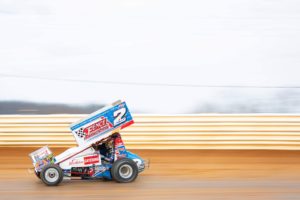 We came back March 30th with a new plan. The track was, yet again, much slower and slicker but still provided for a wide and racey surface. After avoiding a potential huge catastrophe in the heat race running second, we lined back up and rode to a 5th place finish. Our new setup largely helped come feature time and we showed progress starting in 15th and racing up to 9th. The car showed more drive than ever before and we ran consistently around the top or bottom whenever needed. 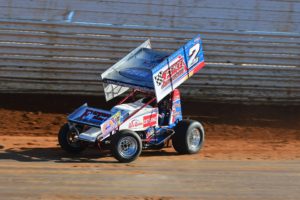 The strongest test came on April 6th when most cars were at Port Royal preparing for the following week’s Allstar Race. Our car still worked well, however, our early night speed simply wasn’t there. We lacked MPH and time against most of our competition in hotlaps. Even in the heat race, we were at the lower end of the lap charts. Nonetheless, we survived for a 3rd place heat finish which put us into the feature pill draw. After starting 3rd, we ran consistently in 4th for most of the race. We were strong and ran well in the slick versus what my team is used to. Our car began to give up slightly as the race wore on. I was passed by Danny Dietrich and Ryan Smith but held on for a strong 6th place finish.

For the April 13th All Star race, we focused on regaining our early night speed. We did exactly that and ranked up top for the hotlap charts. I made a gear mistake for qualifying and we fell to midpack in 21st. After started 6th in a very strong heat, we finished in the final transfer spot of 5th. We lined up 19th on the starting A-Main grid. We passed a few cars but still struggled with our car’s balance. While we showed some early speed, nothing was comfortable. An early red came out on lap 8. Unfortunately, the alcohol overloaded our exhaust and caused the resulting flame to burn through our LR tire. The crew got the tire changed quickly and got me back out without losing a lap. We restarted 26th and raced up to 21st while crossing the checkered flag.

Our work this past week has been myself and the crew working on finding a strong balance for the car where we can show speed early in the night when the track is heavy but also late when it starts to slick off. We have been fast under both conditions but not when both occur during the same night. This team does not give up and we will continue to keep searching and trying things. Our speed this year has by far been better than the previous years. Of the 4 races this year, we would have gotten lapped in most of them and probably would not have made the ASCoC race. As of now, we have been in a strong position where we can basically dictate our ability to make the shows and have done so against some great cars. We still need to get faster to compete on a winning level but this is a huge step for myself and the team.